She was born in Uddevalla on the Swedish west coast as daughter to Harald and Britta Vrethammar and later moved with her family to the countryʼs capital Stockholm.

At the age of 16 she began her musical career with several prizes at amateur music-festivals. Nevertheless Sylvia decided to finish school first and to study which resulted in her graduation as a child psychologist.
In the year 1969 Sylviaʼs career in the music business started for real. Her first album TYCKER OM DEJ gets released and during a perfomance at the Stockholm club Gyllene Cirkeln she is noticed by a TV-producer and immediately gets her first own personality-show on Swedish TV. TV-entertainer Lennart Hyland is watching the broadcast of this show and on the spot decides to engage Sylvia as a co-host for his enormously popular TV-show Hylands Hörna. 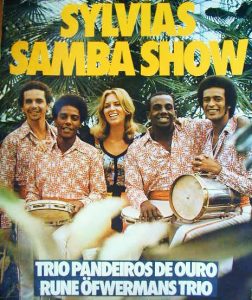 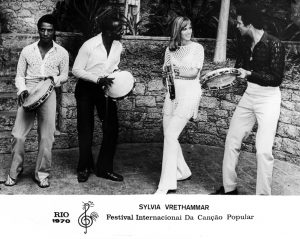 Now the engagements start streaming in and Sylvia is been sent to the International Song-Festival in Rio de Janeiro as the representative of Sweden. In Brazil she develops her great love for Samba music and therefore puts together a tour with Brazilian Samba-group Trio Pandeiros De Ouro through the whole of Scandinavia under the leadership from Sylvia´s husband and producer at this time, Rune Öfwerman. This tour becomes such a sensational success, that Sylvia gets from now on described as the “Samba-Queen” whenever there is an article about her.

One of her numerous tours around the globe leads Sylvia through the former Soviet Union and even here the people cue up in masses to get to see Sylviaʼs stage-show.
In 1974 her English original-version of the mega-hit Y VIVA ESPAÑA reaches the tops of the English charts, sells over 1 Million copies and stays for 39 consecutive weeks on the charts, leading to an entry into the Guinness Book of Records. 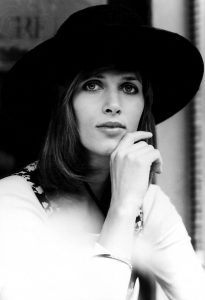 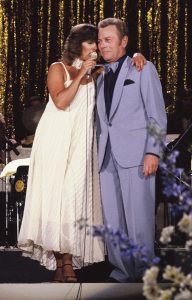 In Concert is the name of Sylviaʼs first personality-show on German television. This next stage of her career begins with numerous appearances on German stage and television. She becomes so popular that the legendary band-leader and composer Bert Kaempfert (Strangers in the Night) invites her to be the guest-star on his TV show. After the show he tours with Sylvia and his orchestra for several weeks through Germany, Switzerland and most of all England, terminating the tour at the famous Royal Albert Hall in London. It was the same venue in which opera-diva Kristina Nilsson had her last public appearance in 1897 … and by the way Kristina was Sylvias grand-grand aunt.

Returning to Rio Sylvia starts working on her album RIO DE JANEIRO BLUE as well as on the adjoining TV-movie RENDEZVOUS IN RIO, where she is accompanied by such top-class musicians as harmonica wizard Toots Thielemans and Brazilian accordion magician Sivuca. Soon after that follow more concerts in neighbouring countries such as Argentina and Colombia and later that year her career hits another high: She is invited to perform in China and to inaugurate Swedenʼs first hotel in Xian. In the year of 1983 during the production of a TV-concert at the legendary Berns in Stockholm Sylvia works for the first time with Georgie Fame (Bonnie & Clyde) and during the summer of this year also records the album IN GOODMANSLAND together with him. In the meantime here later-to-become-evergreen RICARDO gets its first release in Germany. 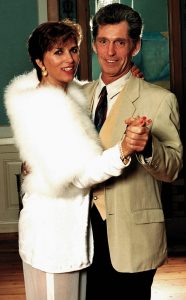 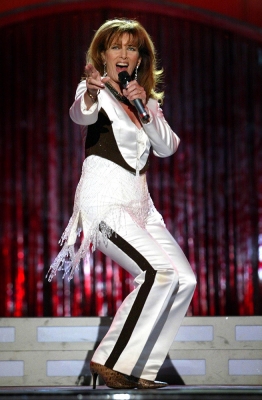 Sylvia is also much sought after as an MC and hosts the German TV show Kiel International in 1986. 1989 her German album FRAU IM BESTEN MANNESALTER gets released and unfortunately becomes the last production with her by the highly successful producer Heinz Gietz (Pigalle, Musik liegt in der Luft) who dies later the same year. Meanwhile back in Sweden, Sylvia is voted as one of the countries ten most beautiful women.
In 1990 Sylvia makes Germany her second residential adress. The German CD LADYLIKE is released and a few years later the critically highly acclaimed CD SOMETHING MY HEART MIGHT SAY. On this album she is only accompanied by her longtime guitar player Rune Gustafsson and she presents a couple of songs from her broad repertoire in this intimate, classic atmosphere of only voice and guitar.

In the mid-nineties Sylvia begins a working relationship with young swedish jazz piano player Jan Lundgren and his trio. An unforgettable instance working with this trio turns out to be a show at the world-famous Tropigala-Club of the Fontainebleau Hotel in Miami, USA. A Danish journalist, Krister Branding, wrote: ” Sylvia Vrethammar walked on stage with a charisma and routine that only a big star can offer you! Sylvia Vrethammar is plainly a world class artist – And thatʼs the way it is!”

In 2002 she returns to perform again at the Eurovision Song Contest for the first time in 28 years. Both new albums SAMSTAG NACHT in Germany and FALLER FÖR DEJ in Sweden, although with totally different tracks, are being produced at almost the same time and Sylviaʼs German as well as Swedish lyrics are being teamed up with a phenomenal bandwidth of different musical styles.
The cooperation with Jan Lundgren and his musicians is developing in the meantime so intensively and successfully that Sylvia decides to make a CD with the boys where she also for the first time will show her talents as a record producer. The recording sessions take place in the summer of 2005 in the living room of Sylviaʼs country house in Germany and the result is being released on CD in the spring of 2006 under the title of CHAMPAGNE. 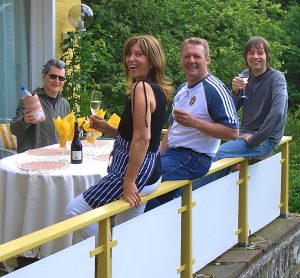 40 YEARS ON STAGE is the name of Sylvia‘s big anniversary concert at the Cirkus in Stockholm in 2009. Together with a cast of long time friends and contributors such as Georgie Fame, Hector Bingert and Jan Lundgren among others, Sylvia performs a 2 and a half hour concert, backed by the phenomenal Roger Berg Big Band. The show is recorded in High Definition picture and 5.1 sound for later use on television and DVD.
2010 brings a totally new experience for Sylvia by recording a duet together with young Swedish pop-star Kristian Anttila. Their song MAGDALENA (Livet före döden) gets immediately a huge radio response which makes them decide to shoot a video, directed by Daniel Jilgenstedt.
In the summer of 2012 Sylvia participates in Sweden‘s most popular TV-series Så mycket bättre. After the broadcast of the 9 episodes in Winter 2012 the program gets 2 Kristall-Prices for being Sweden‘s best entertainment program. The adjoining CD to the show sells double-platinum.

2013 sees Sylvia participate for the 5th time in the Eurovision Song Contest. This time with a song written by Thomas G:son and called TRIVIALITET. The rest of the year she is busy recording her new album MUSIK complete with Big-Band and Strings and 12 songs written by Heinz Gietz with lyrics by Sylvia herself. The album is released on January 2nd, 2014 and has an adjoining TV documentary about the Making-Of the album, which was aired by Swedish channel TV4 on December 29th, 2013.

In 2015/16, Sylviaʼs plan is to unite her great passion for Brazilian music and her love of jazz and to celebrate with a very special production. Sylvia would not be Sylvia, if she wouldnʼt walk the talk. In January 2016 the star invites to recordings in the famous EMI-Studio in Cologne – and in March 2017, Sylvia Vrethammar will release her very personal tribute to this South American country and his music: THE GIRL FROM UDDEVALLA, the title of the album, once again shows the whole class and range of her musical abilities – as a singer and interpreter anyway … ! But also as text author Sylvia Vrethammar delivers a brilliant performance. No less brilliant the world-class musicians, whom she and her producer Alex Gietz could inspire for this production: Frank Chastenier (p, org), Magnus Lindgren (ww), Rüdiger Baldauf (tp, flh), Bruno Müller (g), Christian von Kaphengst (b), Thomas Heinz (dr) and Alfonso Garrido (pc).
More is not yet to be revealed … Just so much: In Fall 2016 the single release THE WORLD IS CALLING is ranked No 1 on the Swedish Independent Radio Charts for eight weeks in a row!

2019, celebrating 50 years on stage and in showbusiness, Sylvia releases a new album called „Vortex“. Using no band and no arrangements, Sylvia met in 3 different studio-sessions 6 of her favorite jazz musicians. Each time in sets of two and each time recording 4 songs. The pairs were Magnus Lindgren & Joel Lyssarides – Jan Lundgren & Hans Backenroth – Ulf Wakenius & Frank Chastenier. This was a totally new experience for Sylvia and she is very proud of the results.

In September 2019 she celebrates her 50 years on stage with a big concert in Stockholms Konserthuset, where she performs the songs from „Vortex“ live for the first time.

We're not around right now. But you can send us an email and we'll get back to you, asap.